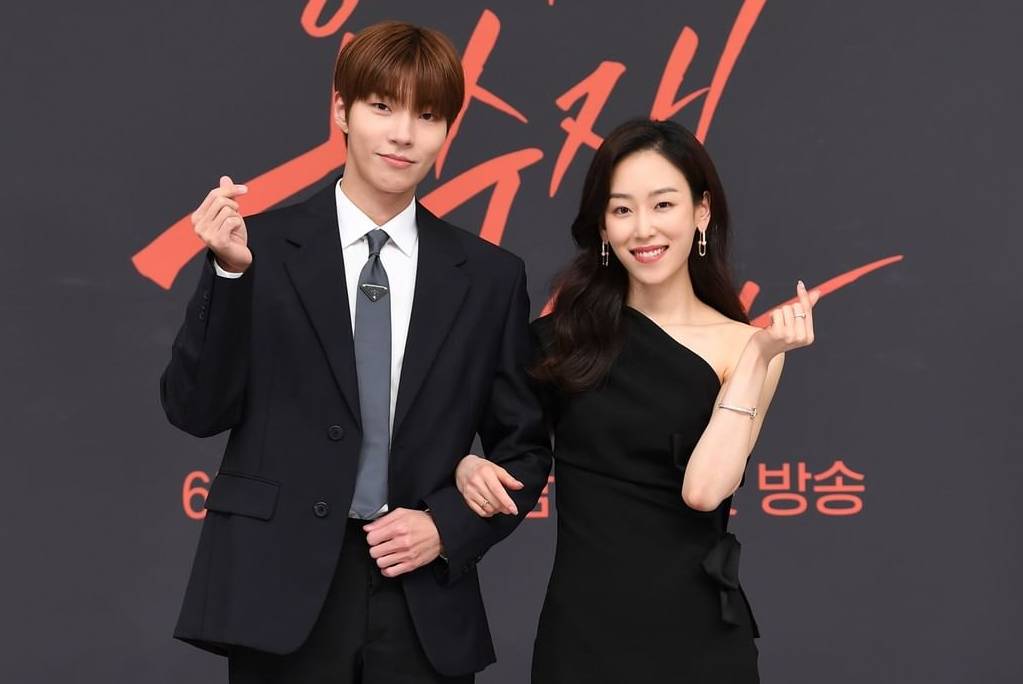 ‘Why she?’ Remains the Most-Watched K-Drama – Here’s Why

Apart from the prominent actors and actresses who are part of the SBS court series “Why Her?”, the drama also grabs headlines and is even considered the most-watched primetime mini-series. Here’s why.

‘Why she?’ Increases viewers’ immersion in the story

Every week, “Why her?” offers new twists and heart-pounding moments between its cast. Thanks to their performances, combined with a gripping storyline, the series remains superior as it is named the most-watched K-drama occupying the Friday and Saturday slots.

In a report released by Nielsen Korea on June 25, the ongoing romantic drama completed its first half of airing and was able to register an average rating of 9.2% with Episode 8. Meanwhile, “Why Her?” episode 7 recorded 8.7% nationally.

Plus, “Why her?” still remains the most-watched drama each Saturday among viewers aged 20-49.

“Why she?” continues to receive rave reviews from audiences. The chemistry between main stars Seo Hyun Jin and Hwang In Yeop is also captivating viewers.

Meanwhile, tvN’s new fantasy novel series “Alchemy of Souls”, which debuted with a promising rating, saw a slight dip in viewership during episode 3, earning an average rating of 5, 3% nationwide.

However, despite the drop, the new drama remains first in its timeslot on all cable channels.

New court drama “Doctor Lawyer,” starring So Ji Sub and Im Soo Hyang, airing in the same timeslot as Seo Hyun Jin’s drama “Why Her?” Didn’t get high ratings in the latest episode , which received 5.4% nationally.

YOU MIGHT ALSO LIKE: ‘Yumi’s Cells 2’ Episode 5: Does Kim Go Eun have lingering feelings for Ahn Bo Hyun?

KBS family drama “It’s Beautiful Now” continues its perfect streak as the most-watched series every Saturday and still ends the week strong with double-digit ratings. Its latest episode has an average rating of 21.7%.

IN CASE YOU MISSED IT: ‘Why her?’ Episode 8: Seo Hyun Jin Proven Innocent

What do you think of “Why her?” new episodes? Tell us in the comments!

FDC: Record amount of tax collected by the tax authorities during the Covid-19 pandemic