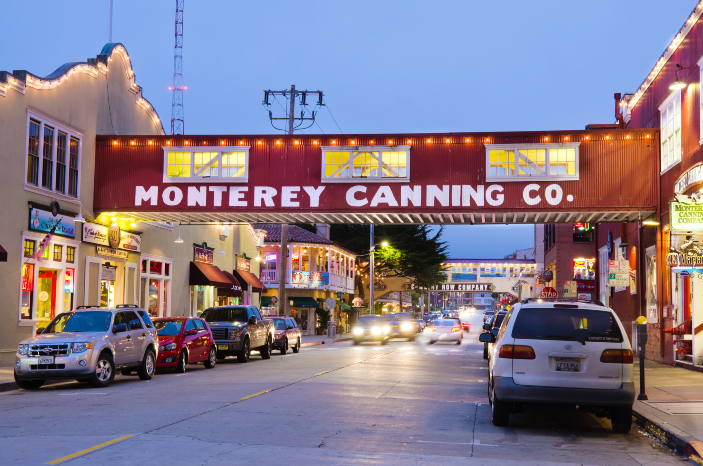 Western Systems is partnering with Yunex Traffic and the City of Monterey, Calif., To expand their Split Cycle Offset Optimization Technique (SCOOT) adaptive traffic control system to more lanes in the city.

SCOOT models the traffic detected on the street to continuously adapt three key traffic control parameters: the amount of green for each approach, the time between adjacent signals and the time allowed for all approaches to a traffic light intersection. As a result, signal synchronization evolves with changing traffic volumes and demands.

Several years ago, Western Systems worked with Monterey on their first implementation of SCOOT at intersections along the Lighthouse, Del Monte and North Freemont corridors. Since its inception, traffic has improved considerably. The before and after study on Lighthouse Avenue showed:

Following the success of the first implementation, the City will add SCOOT to other intersections along the Munras, Foam, Pacific and Franklin corridors. These corridors experience high traffic volumes and unpredictable peaks, resulting in inefficient traffic and increased vehicle emissions.

“Western Systems is delighted to partner again with the City of Monterey to implement SCOOT,” said Zach Hoiting, Director of Sales, Western Systems. “SCOOT’s dynamic, real-time signal control method has been proven to minimize delays and traffic stops while reducing vehicle emissions for the city. “

“By adding the remaining corridors to the existing SCOOT network of intersections, the city will operate all arteries based on real-time road demands,” adds Andrea Renny, PE, PTOE, City Traffic Engineer, City of Monterey. “As a popular tourist destination, our traffic can be unpredictable and have significant variations that are difficult to manage using traditional methods of synchronizing the time signal. With all major corridors operating under SCOOT, the city will have less stop and go traffic, improved journey times and reduced greenhouse gas emissions.

Western Systems will provide design and engineering services, products and installation assistance for this project, which is expected to start later this summer. In addition to the SCOOT product, Western Systems will supply new Stretch M traffic sign cabinets and M60 Yunex controllers.

Dives beyond 200-MA and key dips

How to create an MVP without technical knowledge