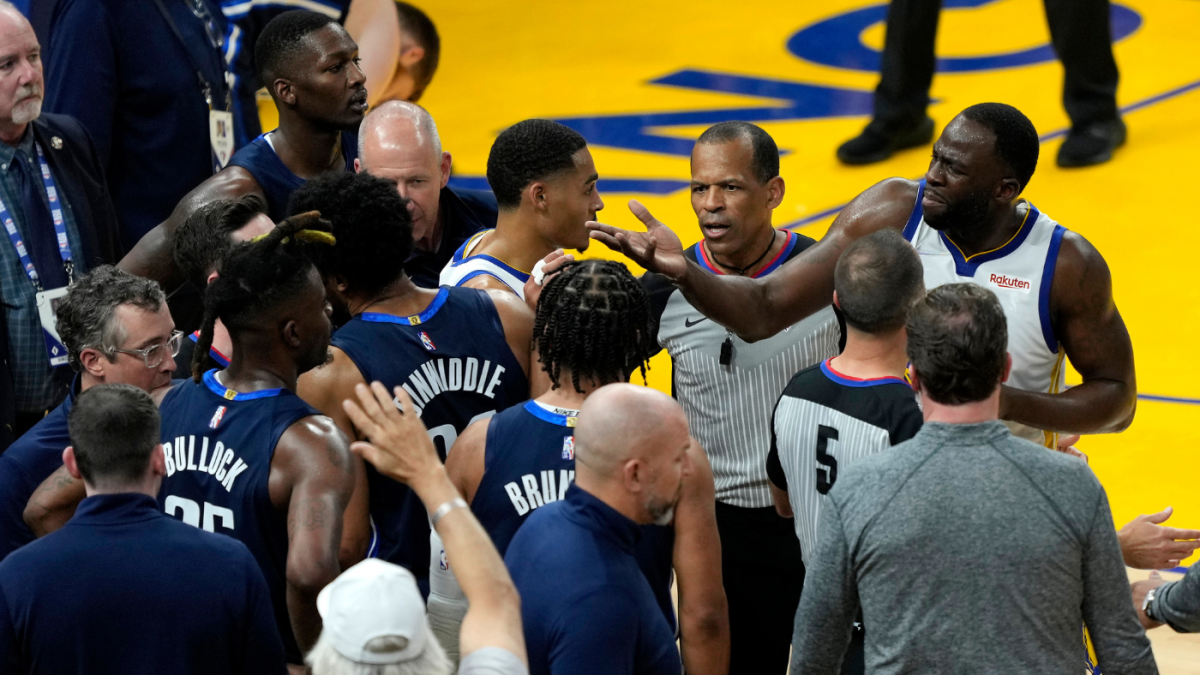 Game 2 of the Western Conference Finals between the Golden State Warriors and Dallas Mavericks on Friday night reached a boiling point during the second quarter after a bizarre incident involving Damion Lee and Davis Bertans.

With just over eight minutes left in the second quarter, Spencer Dinwiddie sent the ball to Bertans in the corner, and the big man fired a quick 3-point shot. Despite a strong contest from Lee that probably should have been called a foul, Bertans got the shot and was knocked down in the process.

Because no fouls were called, Bertans tried to get up immediately so he could get back in defense. As he started to get up, Lee tried to jump on him à la Allen Iverson on Ty Lue in the 2001 finale. The result was a freak collision that saw Lee fall straight onto his back.

Tempers naturally flared immediately afterwards, and players from both teams spoke to each other. That the incident happened right in front of the Mavericks bench didn’t help. In the end, however, everyone kept a cool head and there were no more problems.

Thank you for your registration!


Keep an eye on your inbox.


An error occurred while processing your subscription.

Still, the referees went to the monitor and after a brief review, they assessed the technical doubles – one for Lee and Bertans. None of them really deserved a technician, because it was just accidental contact that looked a lot worse than it actually was, but you can understand the referees trying to settle the game.