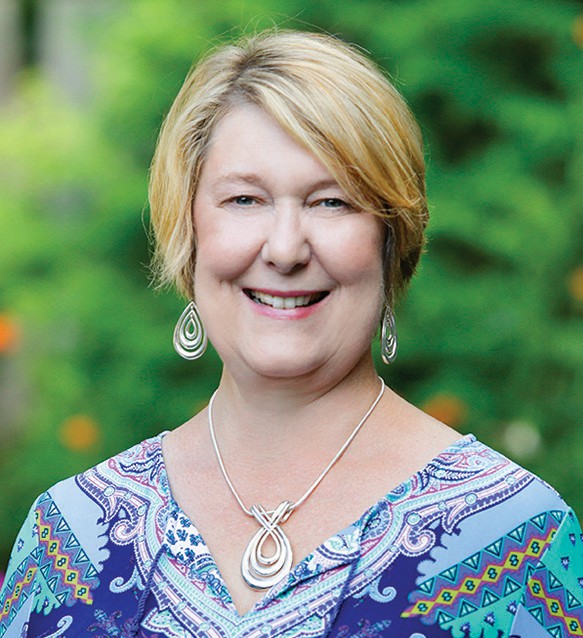 With COVID-19 cases plummeting and vaccination events inoculating thousands of people in Chesterfield and statewide, many were predicting a return to pre-pandemic life: the federal Centers for Disease Control and Prevention had announced to by mid-May that fully vaccinated people could go without a mask in most settings. Gov. Ralph Northam followed suit by lifting the state’s indoor mask mandate and ending social distancing and capacity restrictions.

In Chesterfield, the number of daily COVID cases hovered in single digits. The Delta variant, meanwhile, was just an echo on the country’s radar.

But Hughes was unmoved. On June 7, it sent an internal memo to its 38 employees informing them that at the end of the month, they had to present proof of vaccination or face consequences that could go as far as possible dismissal.

“It would break my heart for someone to come here to catch the virus and report it to their family,” she told The Observer in mid-June. “I thought it was fair to continue to focus on health and safety by requiring that all employees who can be vaccinated be vaccinated.”

Hughes, however, was an outlier at Chesterfield. The county government does not require employees to be vaccinated, nor does the county’s four other constitutional officers – the sheriff, the Commonwealth attorney, the treasurer and the circuit court clerk.

For his part, Hughes does not blame his peers or the county government for not doing the same. But there is a caveat: Hughes said the county penalized her by reassigning two positions from her office to the treasurer’s office due to politics.

“These positions were transferred to the treasurer’s office without any consultation,” she said in a recent interview, adding that she had been informed of the move by County Administrator Joe Casey and Deputy County Administrator. for Matt Harris Finance in mid-July. “I thought it was all a little unprofessional.”

In an interview earlier this month, Harris said the transfer of positions to the treasurer’s office was by no means punitive. The posts, he said, were not funded posts and had been frozen “for some time”. The county, he said, constantly changes positions between departments.

In fact, Harris explained that the county reassigned positions specifically to find homes for two former Commissioner’s office workers who refused to be vaccinated. According to Harris, the county saw an opportunity to retain “two good people” at a time of county-wide staff shortages and a tight labor market.

“These people and [their] resumes and backgrounds were scoured and we spoke to many departments, obviously primarily in my areas of financial spaces, to see if we could adapt, ”Harris said in an interview earlier this month. “We worked very quickly to see where we could find a place for them elsewhere in the organization.”

It’s a decision the county is upholding, even as the delta variant increases across the county and new measures are put in place to slow the spread. Northam’s mandate to vaccinate approximately 122,000 state employees went into effect on September 1. At least one neighboring jurisdiction, the City of Richmond, also requires government employees to be vaccinated. And on September 9, President Joe Biden announced a new vaccination mandate to be administered by the Federal Occupational Safety and Health Administration for more than 100 million Americans – including private sector employers, health care workers and local government employees in some states.

But so far there is no formal state vaccination mandate for local jurisdictions like Chesterfield. Casey, the county administrator, said as soon as the state implements such a mandate, the county is ready and willing to comply.

“For the moment, we do not have the formality [of an official mandate]”Casey said.” What we did was we encouraged [vaccinations]. We forwarded the CDC and [Virginia] Guidelines from the Department of Health, which has the recommendation and not the mandates. … The second the governor says this is the new executive decree, or health commissioner’s decree, we’re ready to get that message out.

As for not acting sooner, Casey says he’s doing his best to respect differing opinions about vaccinations.

“Some of the employees who haven’t been vaccinated have very legitimate medical reasons,” Casey said, adding that the research, in some cases, is incomplete. “There are some employees who may actually undergo other medical treatment. … So they are nervous about it and know the risks of not doing it.

“I’m not here to preach the science of it, good or bad. All I know is that some people who have had COVID feel it was their vaccine. It is not my subject to speak or defend.

The CDC, however, recommends that those who have already had COVID-19 get vaccinated, citing research that suggests those who are fully vaccinated are better protected, and uncertainty as to how long natural antibodies remain after having contracted the virus. And vaccination policies, like the one imposed by Hughes, already include medical exemptions.

The county’s current policy appears to run counter to its own public messaging. At the supervisory board meeting last week, James Worsley, the county’s deputy administrator for social services, continued to encourage residents to get vaccinated. Although he has met the county’s community vaccination target of 213,000 (meaning that more than 75% of the eligible population has now received at least one dose), Worsley told the board of directors that more vaccination was needed to slow the spread of the highly contagious delta variant. .

“We still have the variant that works quickly in our community and… we want to make sure that we keep getting people vaccinated,” Worsley added. “A lot of work remains to be done. “

Within its own ranks, the county government has yet to meet the community vaccination target. Of the 4,302 employees at Chesterfield, 28% were still unvaccinated as of Sept. 24, according to Susan Pollard, director of communications and media. About 72%, or 3,101 employees, have received at least their first dose of the vaccine, and 69%, or 2,977 employees, are fully vaccinated, Pollard said in an email late last week.

The county has taken other steps, including reinstating a mask warrant for employees on September 13, and continues to encourage telecommuting, social distancing and self-testing for COVID symptoms before coming to work. In late spring, the county abandoned its indoor mask mandate, for both vaccinated and unvaccinated employees, after Northam lifted the statewide mask mandate in mid-May.

“We have reinstated the mask’s mandate,” Worsley said, following recently amended workplace safety regulations from the Virginia Department of Labor and Industry. The policy includes exemptions, allowing employees to unmask themselves while working alone in a room or office, eating and drinking and separated from other employees by at least 6 feet, or when “mouth visibility is required. for communication, a medical or religious necessity. belief, ”according to a memo Casey sent to employees on Sept. 10.

Still, Hughes wonders how the county can encourage vaccinations and then work to find employment for those who refuse to be vaccinated.

“I think it is irresponsible for the county to hire people whom it knows are not vaccinated,” said Hughes, adding that it is particularly ironic after Chesterfield did “a phenomenal job” in working with the state to implement and manage mass immunization clinics earlier this year. “This is completely contrary to the message they are sending to the public.” ??