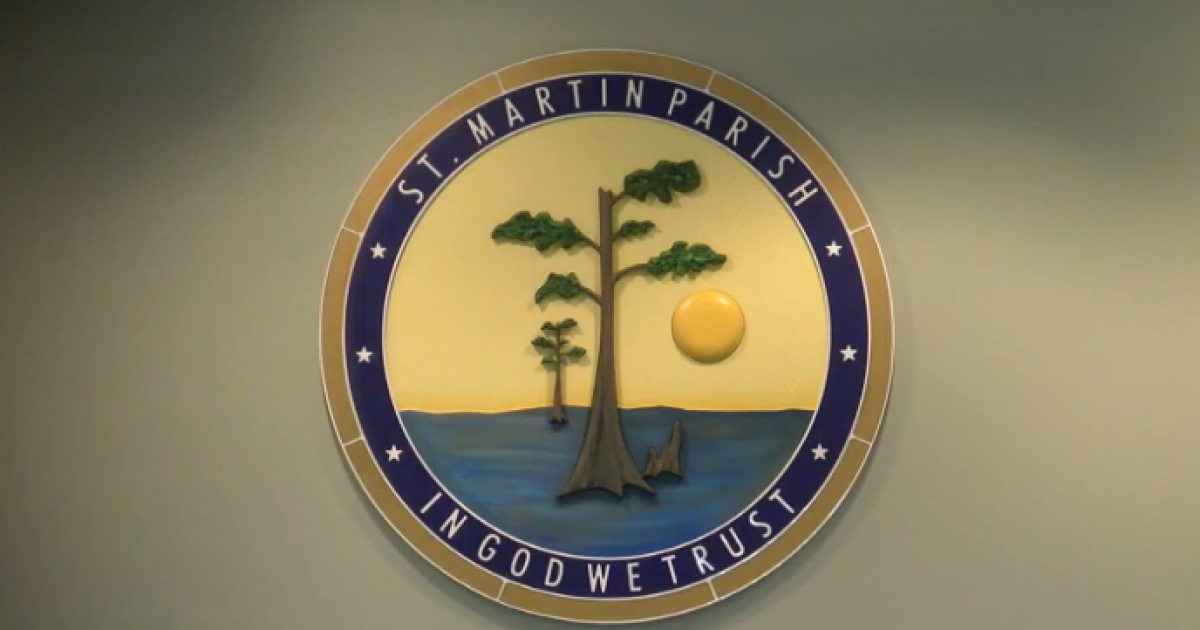 The problem is that LCG is removing decades-old spoil banks from the Vermilion River, allegedly under cover of darkness and without a permit. The project is currently under investigation by the US Army Corps of Engineers, to determine if corps permits were required – as none have been granted. St. Martin’s Parish has previously alleged that the required parish permits had not been obtained and was preparing to press charges. But last month, LCG filed a motion for declaratory judgment, asking the court to rule that a permit from the U.S. Army Corps was not required and that the order requiring a permit from St. Martin’s Parish is unconstitutional.

LCG’s petition, which you can read for yourself here, singles out parish president Chester Cedars for several allegations, implying that he was slow to act and that LCG needed to move forward. The Exception refers to this, describing it as “abusive, insulting, unwarranted and demeaning personal attacks that permeate his petition”.

The exception also states that LCG’s actions, and even the allegations in its petition, show “LCG’s clear belief that it is above the law.”

The exception alleges that LCG’s lawsuit should be dismissed for numerous technical issues and that, if not dismissed, LCG should be required to correct the errors and omissions it contains before St. Martin is required to file a response.

The first issue in the list of declinatory, conclusive and dilatory objections alleged by St. Martin is simple: place.

Louisiana law provides that “all suits against a political subdivision of the State…shall be brought in the district court of the judicial district in which the political subdivision is situated…” states the exception. St. Martin’s Parish alleges that LCG sued in Lafayette Parish because there is a belief that a local judge will simply let them violate an order and then say they didn’t need to get together. comply because it is unconstitutional.

“Presumably, LCG believes the Court will simply endorse LCG’s own legal determination, after the fact, as this, in LCG’s apparent assessment, is the proper role of the judiciary,” the memo states in support. “In this case, LCG has determined for itself which laws it will and will not obey, and seeks judicial approval of its admitted repudiation of a law it finds inconvenient.”

The exception also lists various “erroneous legal conclusions” by LCG and alleges that Lafayette’s actions were “a willful, complete, utter, arrogant and intentional disregard” of the order of the St. Martin Parish Government. .

LCG’s lawsuit alleges that the ordinance requiring a permit was enacted exclusively to stop LCG’s project, but the exception says it was passed six months before LCG even purchased its interest in the property where the spoil banks were removed. And, although LCG was aware of the order, it never challenged it in court before carrying out the work, the exception alleges.

The exception also alleges that LCG’s references to the spoil bank project – and a previously planned project that was apparently abandoned after the permit application was withdrawn – are too vague. LCG alleges that the second project did not disturb any wetlands – but does not say how this conclusion was reached, alleges the exception.

The exception alleges that LCG’s petition is incomplete in that it omits facts that are necessary for the court to make a decision and that, although LCG alleges that it has complied with all laws, it does not not say which ones or how she complied. He also alleges that since the order in question was never challenged or rescinded before the work was done, LCG cannot obtain declaratory relief for work that may have violated it.

The exception states that St. Martin Parish cannot even write a response to LCG’s lawsuit because it lacks details and facts that explain exactly what LCG is alleging.

“In summary, LCG’s motion is completely vague as to the specific issues for which it seeks declaratory relief,” the exception states. “LCG fails to allege each of the “regulations, orders, rules, procedures and laws” with which it allegedly complied” and LCG also fails to state what it did to comply with such laws, and even fails to explain why a Corps Permit was not required.

Thursday’s filing follows an executive session with Cedars at St. Martin’s Parish Council, which took place on Tuesday. In Louisiana, it is legal for public bodies to hold discussions behind closed doors if they involve strategy in a threatened or pending legal case. This case would qualify because LCG had already sued naming the parish of St. Martin.

If you want to read the exception – and the brief supporting it – for yourself, here they are: