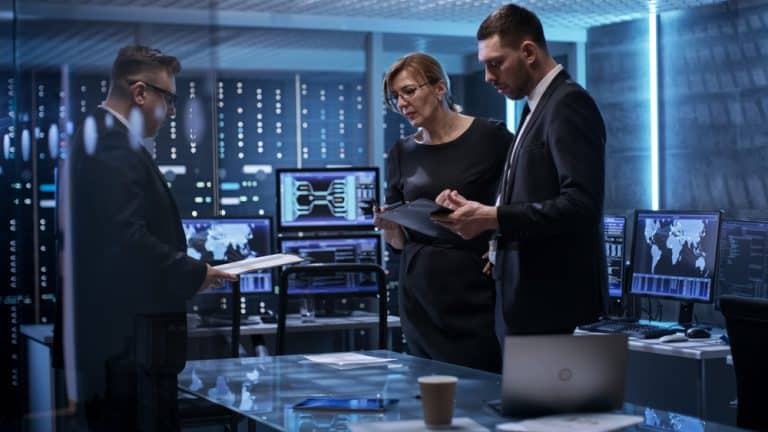 The job of an SRE is no longer just an IT function. These engineering teams are vital to modern businesses, as customers who experience sustained innovation and continued service assurance will drive value.

In our growing digital economy, most people around the world expect to transact, interact and shop online at their convenience. Site Reliability Engineers (SREs) are largely responsible for these seamless digital experiences. They maintain the reliability, availability and performance of increasingly large and complex IT infrastructures.

But, given the complexity of these modern systems, many SRE teams use automated technologies such as intelligent observability to better understand system performance and ensure the availability of vital applications and services.

This begs the question: If automation is the way of the future, do we still need humans in SRE roles?

Although intelligent observability helps SREs quickly identify and resolve issues that affect system performance, human operators have yet to implement these solutions. SREs should also go beyond resolving technical issues. They must continually integrate and deliver new technologies using the kind of ingenuity that does not yet exist in artificial intelligence (AI).

Let’s take a deeper dive into this, looking at the role of an SRE and how human teams can collaborate with AI-powered observability tools to increase productivity and innovation.

See also: The Role of AIOps in Continuous Availability

The rise of the ERS

Google invented the SRE role in 2003 to maintain the company’s growing IT infrastructure while improving its user experience. Other big tech companies like Facebook and Netflix soon followed, hiring specific SRE teams as they recognized the value of user experience and began experimenting with equally sprawling infrastructures.

But IT operations teams can stifle innovation by focusing solely on the operational state of a system. After all, changes to an organization’s technology stack can disrupt systems, which is in direct opposition to the protect-at-all-costs mandate of IT operations teams. SREs, on the other hand, view innovation as part of their core responsibility to improve the user experience.

The role of intelligent observability

Intelligent observability can help SREs balance the trade-off between system reliability and innovation that delights customers. Despite these benefits, only 53% of SREs use observability tools.

Many teams probably rely on legacy monitoring tools with the misconception that they are the same as automated observability tools. But just like ERS is not a new word for IT operations, observability is not a rebrand of monitoring. Monitoring determines the performance of an IT infrastructure based on predetermined rules. This systems-centric method was effective in the old days of mostly static environments. But fast forward to today, where our cloud-native architectures are in a state of continuous change. There aren’t enough rules in the world to predict what’s wrong with these distributed, complex, and ephemeral environments.

Observability tools can handle today’s modern and increasingly complex systems because they don’t rely on a rigid set of rules. Instead, observability measures the internal state of a system based on its external outputs, specifically its events, logs, metrics, and traces. These tools add visibility to networks, systems, and applications and provide SRE teams with valuable data that is correlated, contextualized, and actionable.

Automation takes data to the next level and helps SREs keep pace with the deployment of innovations at increasing speed. AI automates data collection and analysis and provides suggestions for problem solving. With AI-powered observability, SRE teams can monitor applications, detect abnormal events, identify the root cause, and provide data insights that suggest a solution.

In this way, observability increases uptime, helps SREs manage their error budgets, and reduces costly downtime. But it also goes beyond traditional ROI to deliver a return on innovation. Since intelligent observability reduces the workload associated with incident management and root cause analysis, it enables SREs to let go of risk-averse attitudes and helps them focus on the tasks of great value. This kind of work transcends the capabilities of AI.

The role of human SRE teams

Innovation is one of the reasons why automation cannot replace human SRE teams. Automation cannot yet replicate the human creativity and ingenuity that lead to captivating updates and innovations for customers. And these tools cannot predict issues involving various systems and stakeholders.

Automated tools also work best when the system behaves normally. But when systems are unpredictable, automation can’t always handle its pre-programmed task. SREs may need to step in and replace automated processes with manual work. Additionally, unpredictable behavior can result from multiple overlapping issues and require human intelligence to unravel. This is the essence of the automation paradox (originally called the “ironies of automation” when it was first conceived by Lisanne Bainbridge as early as 1983).

But this is where collaboration with automated observability tools can help. While automation cannot replace a human SRE team, these teams also rely on AI-powered observability to carry out high-level proactive work. Automated tools relieve boring and repetitive tasks for SRE teams, allowing them to shift from a reactive firefighting mode to a more proactive posture where they can work on value-creating strategic initiatives.

For best results, SREs should collaborate with automated observability to add visibility into systems, respond to incidents, and prevent new incidents while maintaining full control over the operational environment. It could look like this:

By pulling only relevant SREs and giving each team member specific guidelines, the smart observability platform streamlines processes for those involved while letting the rest of the team focus on pre-project projects. guards.

The job of an SRE is no longer just an IT function. these engineering Teams are vital to modern businesses, as customers who experience sustained innovation and continued service assurance will drive value. But the solution to delivering continuous development and superior system performance is not in automated tools. Where human intelligence. Enhancing the end-to-end user experience requires collaboration between both automation and human operators. And the companies that leverage the strengths of each will be the ones that succeed in our rapidly changing digital economy.