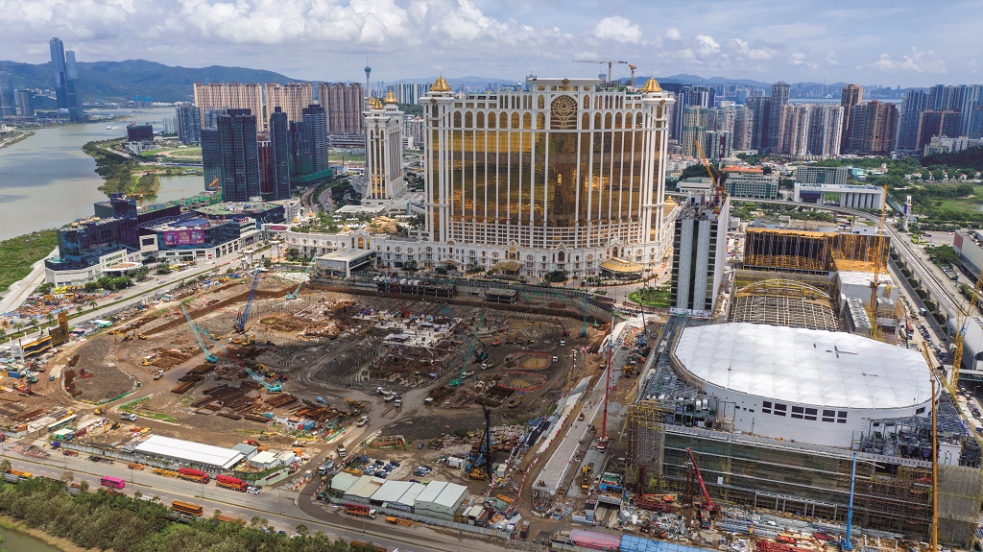 Overall gaming taxes ended up increasing by one percentage point to 40% under the new law, with the EC able to reduce indirect levies. However, due to changes in the business environment, Macau will have to learn to live with a decline in revenue from taxes paid by dealers.

The final version of the new Gaming Amendment Bill had a last-minute addition: while direct taxes on gross gaming revenue remained unchanged at 35%, the percentage of indirect taxes increased by one point. percentage. In the previous law, a 1.6% levy was collected by the authorities from concessionaires to finance the cultural, social, economic, educational, scientific, academic and philanthropic activities of the Macau Foundation, and an additional 2.4% was levied for urban and tourist development, and the local social security fund. Under the newly approved law, the mentioned levies will be increased to 2% and 3% respectively.

The trade-off is the ability for gaming operators to have these two additional levies reduced or waived if they can prove that they have attracted players from other jurisdictions to the RAS.

According to Article 22 of the new law, the Chief Executive may authorize the exceptional reduction of levies (indirect taxes) to be paid by concessionaires for either “reasons of public interest”, “namely” to attract “customers from foreign countries”, to be specified in future regulations.

Gambling law expert António Lobo Vilela told Macau Business that he was taken by surprise by this “last minute” development announced days before the second reading vote by the Legislative Assembly.

“I was surprised especially because the decision was taken without any known scientific study,” said Lobo Vilela, who served as an adviser to the economy and finance secretary between 2016 and 2020.

António Lobo Vilela, who also served as legal adviser, both to the Commission of the First Public Tender for the Award of Casino Concessions and to the Think Tank responsible for (co)drafting the 2001 Gaming Law , added that “the increase in the fiscal budget and the parafiscal burden on gaming operators will weaken them at a time when they should be strengthening.

Notwithstanding the tax burden, analysts converge on this idea that gambling in Macau will most likely be a less profitable activity than it was before the pandemic – and before the current legislative changes, accompanied by a strengthening of the control of capital outflows from China.

While there is always a chance that forecasts fail, in this case the greater likelihood is that levels will drop even more severely than expected, rather than returning to or above 2019 norms.

“It will likely be difficult for gaming revenue to reach pre-pandemic levels,” said Carlos Siu Lam, from the Center for Gaming and Tourism Studies at the Polytechnic University of Macao. Macau Business.

“Yes, there will be less profit, as there will be fewer segments to market, but lower levels of investment were inevitable given that there is no more land and therefore no potential for new integrated stations,” added Alidad Tash, Managing Director of 2NT8 Limited. “And yes, there will be fewer workers, because catering to big players requires a disproportionately high worker-to-player ratio.”

That’s why Carlos Siu Lam believes that “with less gambling revenue, it’s only natural for the government to reduce spending and look for other ways to earn more.”

The coordinator of the Bachelor of Business Administration program in Games and Leisure Management goes further: “With the government more careful in its spending, the idea that it would pay for everything, as it did in the pre- pandemic, could change. Either way, Macau’s fiscal situation is still much better than that of many jurisdictions around the world.

One of the factors to be taken into account is the reduction of the duration of each concession to 10 years. The government justifies this as follows:[since] casino equipment and facilities will return to Macao SAR at the end of the current concession period, new concessionaires may not need time to build casinos, so the concession period after the revision of the law should not take too long.

Another consequence will be the lack of interest of new operators to participate in the public tender: who is available to invest with a concession of only 10 years?

With less income and less investment, fewer workers will be needed, which will have consequences for the local labor market.

Some experts, such as Zeng Zhonglu (Polytechnic University of Macao) are already anticipating mass layoffs, which – if they occur – will only occur after the end of the public tender.

The financial expectations of dealers are far from rosy – on this point, there seems to be consensus.

There are even those, like analyst Edward Moya of brokerage firm Oanda, who believe that legislative changes regarding the operation of casinos in Macau “will crush the margins and all the growth” that North American operators had. anticipated.

“It’s very negative for US casino stocks,” the expert said following a devastating drop in stocks on the stock market due to the Chinese government’s legislative review.

The fact that the government does not expect (new) dealers to make major investments in Macau does not mean that no facilities will be inaugurated in the months or even years to come. Consider Galaxy Phase 4, scheduled for 2024.

In the coming months, Melco is expected to open phase 2 of its Studio City, just as Sands is expected to complete the Londoner redevelopment (the Londoner Arena will be ready in the second half of this year). SJM also has a series of partial openings to make before the entire Grand Lisboa Palace is operational, such as the launch of the Palazzo Versace hotel.

Macau casino operators could be jointly and severally liable to pay amounts totaling up to HK$50 billion for “unsatisfied debts” and “uncollected debts” related to the abrupt cessation of activity of Suncity and Tak Chun, the most important among the “junket” groups until the arrest of their leaders, Alvin Chau and Levo Chan. The warning comes in an April report from Credit Suisse, which estimates total junket liabilities at around HK$100 billion, including frozen deposits.

“Their operations abruptly ceased, leaving behind many uncollected debts and unpaid liabilities. When a junket business is closed, naturally those who owe it money – receivables from junket accounts – will not repay their debt, leaving behind a huge account payable due to agents,” the bank says. ‘investment.

Previous | Next step: the digital yuan?