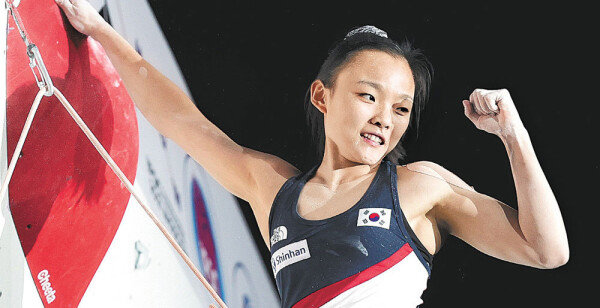 The 18-year-old won the final round of the women’s championship held in Moscow on Wednesday, edging Natalia Grossman of the United States and Laura Rogora of Italy who both had more than 37 catches. Climbing in the lead, athletes compete against each other to see who can reach farthest from the slope in a certain amount of time.

Seo won his first gold medal in a world championship competition. She is the first Korean woman to win the lead competition after Kim Ja-in in 2014.

The South Korean entered the quarter-finals with a tied first place in the preliminary round where 27 players met. She completed all the climbs and reached the semi-finals where eight players were elected. In the final round, she was the only player to complete all the climbs and topped the list.

Seo did not enter the semi-final in the block (where the player who performs the most variable routes by the fewest attempts) in which she finished in a 37th place tied in the preliminary round. She did not compete for the sprint competition (where two players compete to see who climbs the 15-meter-high wall the fastest).

“After an incredible climb that proved to be the only woman to dominate the leading lane, Tokyo 2020 Olympian Seo Chae-hyun is your new leading world climbing champion!” the International Olympic Committee said on Twitter.

“I’m so happy that my first World Championship medal was a gold, even happier to have completed all climbs from the preliminary rounds to the final round,” Seo said after the competition.