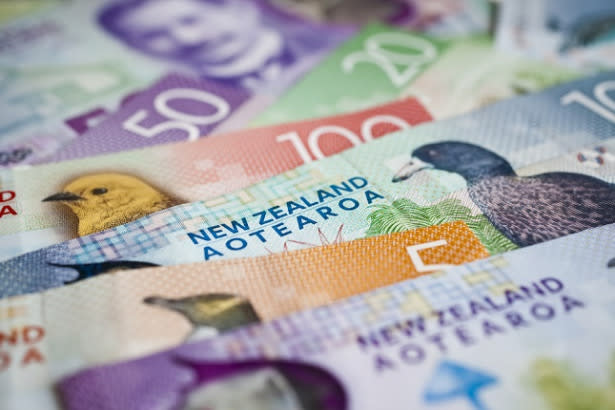 The New Zealand dollar is heading higher early Thursday after closing lower the previous session in volatile trade. The currency was under pressure on Wednesday despite a rate hike from the Reserve Bank (RBNZ).

In a widely telegraphed move, the RBNZ hiked interest rates on Wednesday for the first time in seven years and announced further tightening ahead as it seeks to weather inflationary pressures and cool a boiling real estate market.

The RBNZ’s spot rate hike to 0.50% was predicted by all 20 economists polled by Reuters and built into the market for weeks, which is one reason the Kiwi was weak. Other reasons include higher US Treasury yields, a stronger US dollar and uncertainty ahead of Friday’s US nonfarm wage report.

The main trend is downward on the daily swing chart. A trade through .6860 will signal a resumption of the downtrend. A move to .7157 will change the main trend upward.

The direction of NZD / USD on Thursday will likely be determined by the reaction of traders at .6924 and .6921,

A sustained move above .6924 will indicate the presence of buyers. The first bullish target is a minor pivot at 0.6930. Breaking through this level will indicate buying getting stronger with potential targets at .6982 and .6988.

A sustained move below .6921 will signal the presence of sellers. The first downside target is 0.6877. If that fails, look for the sell to eventually expand to 0.6860. This is the last potential support before the main low on August 20 at 0.6860.

For an overview of all of today’s economic events, check out our economic calendar.