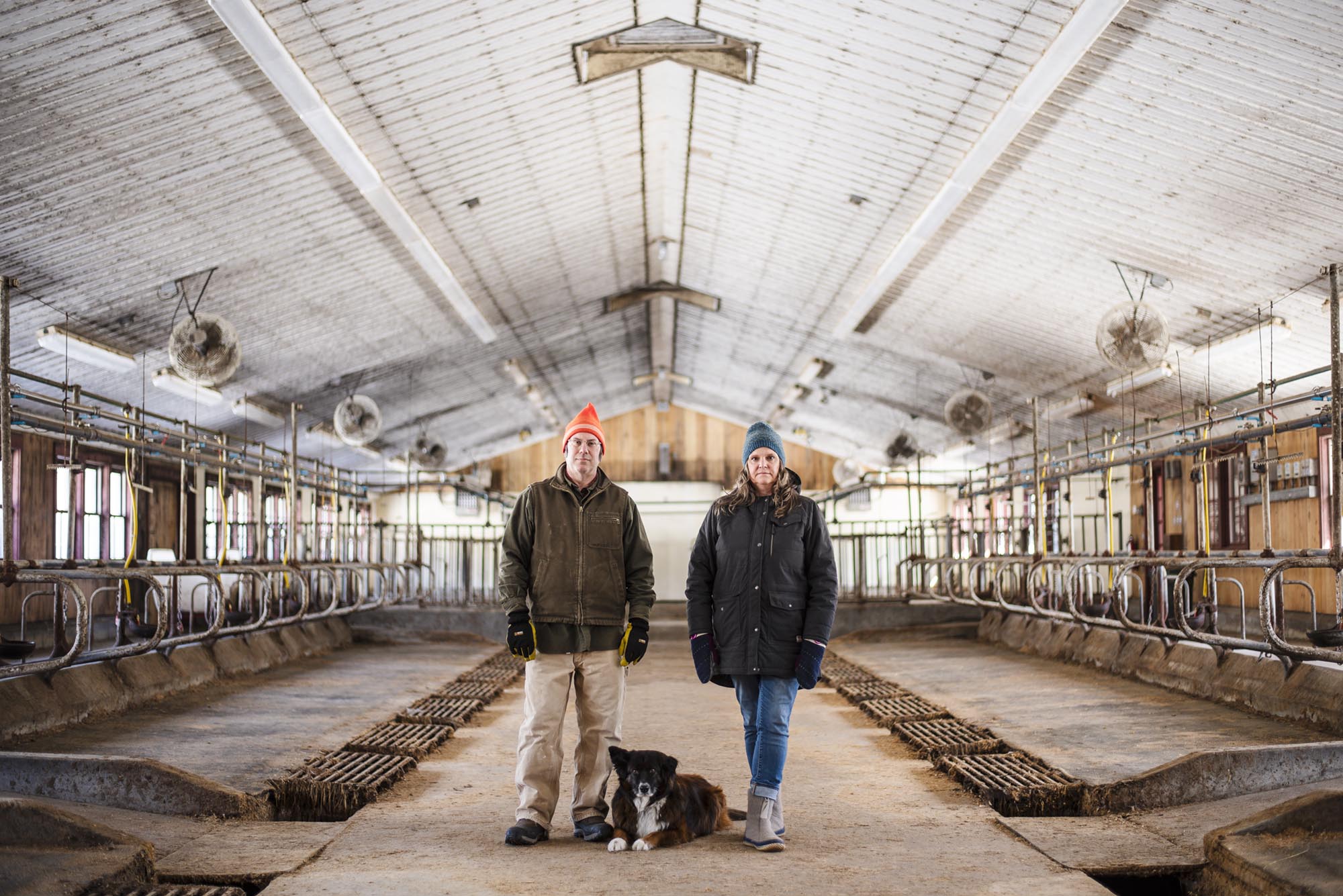 The deal comes after a long-standing dispute between farmers and Vermont Technical College, which is part of the Vermont State Colleges System. A five-year lease between the college and the farmers ended in June, and the college attempted to evict the farmers from the property.

Farmers Chris Gray and Laura Brown began renting out the property in 2015, with the goal of working with the college on a joint venture to deliver a student dairy education program. The collaboration collapsed the following year.

Last spring, the couple sued the Vermont State Colleges System, alleging the college had distorted its intentions with the property and undermined the project.

The Norwich Farm Foundation was formed to support the farm and ensure that the property would not be developed further. He made a total of six offers in college, ultimately landing a purchase price of $ 1,065,000 over the past two weeks, said Kate Barlow, president of the foundation.

The deal depends on the foundation’s ability to raise $ 250,000 over the next four months to support the sale and fund the Norwich Farm Foundation’s plan to build a stand-alone operation. Community members have already pledged that amount, said Barlow.

“We’re very excited, but this is just the start of the journey for the foundation because we have a lot of work to do, a lot of dollars to raise,” said Barlow.

Despite the disagreement between the farmers and Vermont Technical College, Patricia Moulton, the college president, said she was “happy to have a buy and sell agreement with the Norwich Farm Foundation”. The college will work to close in the coming weeks.

“This is a time to celebrate the community’s collaboration to support local dairy and agriculture within the Vermont economy,” she said in a statement to VTDigger.

Norwich Farm Creamery produces ricotta cheese, yogurt, milk, ice cream and other dairy products and sells them in its farm store and other local retail stores. Under the new model, the dairy, a private entity, would dissolve and become part of the foundation, which awaits its 501 (c) (3) nonprofit status.

Although the foundation “formed as a group of community members who wanted to save our town’s last dairy farm,” said Barlow, its new goal is to build an operation that could serve as a model for others. Northeastern farms.

“This kind of property is exactly what they’re trying to showcase in Vermont,” she said.

Over the next five years, the foundation plans to help farmers increase production from 150,000 pounds of grass-fed local dairy products in 2020 to more than 350,000 pounds per year, according to an announcement regarding the deal. . He also plans to organize educational and other programs for Norwich and the upper valley.

In recent years, farmers have trucked milk from Billings Farm to Woodstock, Barlow said. Within two years, the foundation plans to bring cows back to the farm.

The goal is to build a herd of 25 dairy animals, Gray said.

“At this scale, the whole system, the cash flow, is sustainable enough for two families and everyone, from a staff perspective that is needed to operate at this scale,” he said. .

The creamery, Gray said, has “sold everything we produce every week.”

“Due to some of the uncertainty of the past few years, we haven’t been able to expand our production targets to where we really need to be,” Gray said.

Now that “the train is on the right track,” he said, the dairy can continue to expand.

Barlow said she expects the purchase of the farm to end in late spring 2022.

Want to stay up to date with the latest business news? Sign up here to receive a weekly email on all of VTDigger’s reports on local business and economic trends. And check out our new Business section here.

Did you enjoy this story?

If so, please support VTDigger’s nonprofit journalism during our year-end membership drive today. Your donation will fuel our local journalism and send 10 meals to the Vermont Food Bank. Help us send 40,000 meals to 4,000 readers by New Years Eve!

Domain Investor Brings More Than $ 100,000 In Income In The First Year