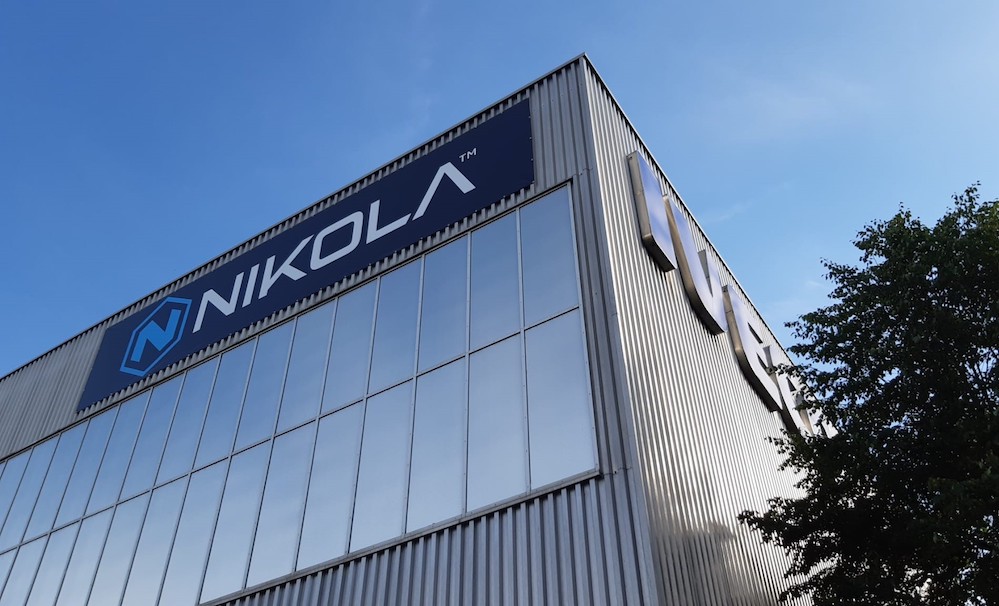 An exciting new chapter in the sustainable transport history of IVECO and Nikola Corporation takes place today in Ulm, Germany, as the Nikola Tre electric heavy-duty truck manufacturing plant was unveiled to the public, ready to start production by the end of the year. A step taken at record speed and delivered within the deadlines previously announced by IVECO, the commercial vehicle brand of CNH Industrial (NYSE: CNHI / MI: CNHI) and Nikola Corporation (NASDAQ: NKLA). The first Nikola Tre models produced here will be delivered to selected customers in the United States in 2022. In addition to the battery electric vehicle (BEV) production model, the next evolution of this modular heavy-duty platform has also been on display to the public in the form of the Nikola Tre’s Fuel Cell Electric Vehicle (FCEV) prototype. This later model will go into production in Ulm by the end of 2023.

Today’s launch event was organized in accordance with current COVID-19 standards and was limited to a selected gathering of around 100 international and national stakeholders and media. Among those in attendance were Gerrit Marx, President Commercial & Specialty Vehicles at CNH Industrial and Designated CEO of the Iveco Group; Mark Russell, CEO and President of Nikola; Winfried Herrmann, Minister of State for Transport of Baden-Württemberg; Martin Bendel, first mayor of the city of Ulm; Massimiliano Lagi, Consul General of Italy in Stuttgart, Germany.

“Despite all the industry and global pandemic challenges that we have faced since we first announced this partnership in September 2019, it is extremely gratifying to be able to be here today as a team and attend to performing all of our hard work delivered on time. and according to our initial plans, ”said Gerrit Marx in his opening speech. “Through IVECO’s proven expertise and established presence, we have provided a platform on which Nikola’s technology can thrive. Our goal now is to ensure the success of this operation and jointly take the lead in the transport of climate-neutral, long and short-haul heavy goods vehicles. “

Covering 50,000 square meters, including 25,000 covered, the Ulm manufacturing plant has a final assembly process designed for “electric” vehicles. This site, and the first phase of industrialization, represents a joint investment by IVECO and Nikola and involves a project of 160 suppliers in the process from start to finish. The production line is currently expected to be capable of manufacturing around 1,000 units per shift per year and is expected to ramp up gradually over the following years. The site should operate according to the principles of the World Class Manufacturing program, with the objective of achieving zero waste, zero accidents, zero breakdowns and zero stock, confirmed by its key features which include fully digital workshop management designed to guarantee 100% traceability and dematerialization of operations.

“This new facility is magnificent and we are grateful to the IVECO and Nikola teams for their collaboration and persistence in bringing it to life,” said Mark Russell, CEO of Nikola. “This is another important step for Nikola as we implement our strategy and vision to be a global leader in zero emission transportation solutions. “

Designed and projected as a safe, reliable and efficient transport solution with zero emissions, the Nikola Tre is a driver of change for the sector. Based on the IVECO S-WAY truck platform with an electric axle co-designed and produced by FPT Industrial, it incorporates Nikola’s advanced electric and fuel cell technology, as well as key components supplied by Bosch. Together, the teams designed a modular platform capable of fuel cell and battery propulsion technology. The launch of battery technology will first lead to the maturity of the underlying platform before adding the fuel cell as a line extension technology.

A crash closes the Snoqualmie pass in both directions

A1 (M) traffic: The road is expected to be closed for several hours due to a serious…