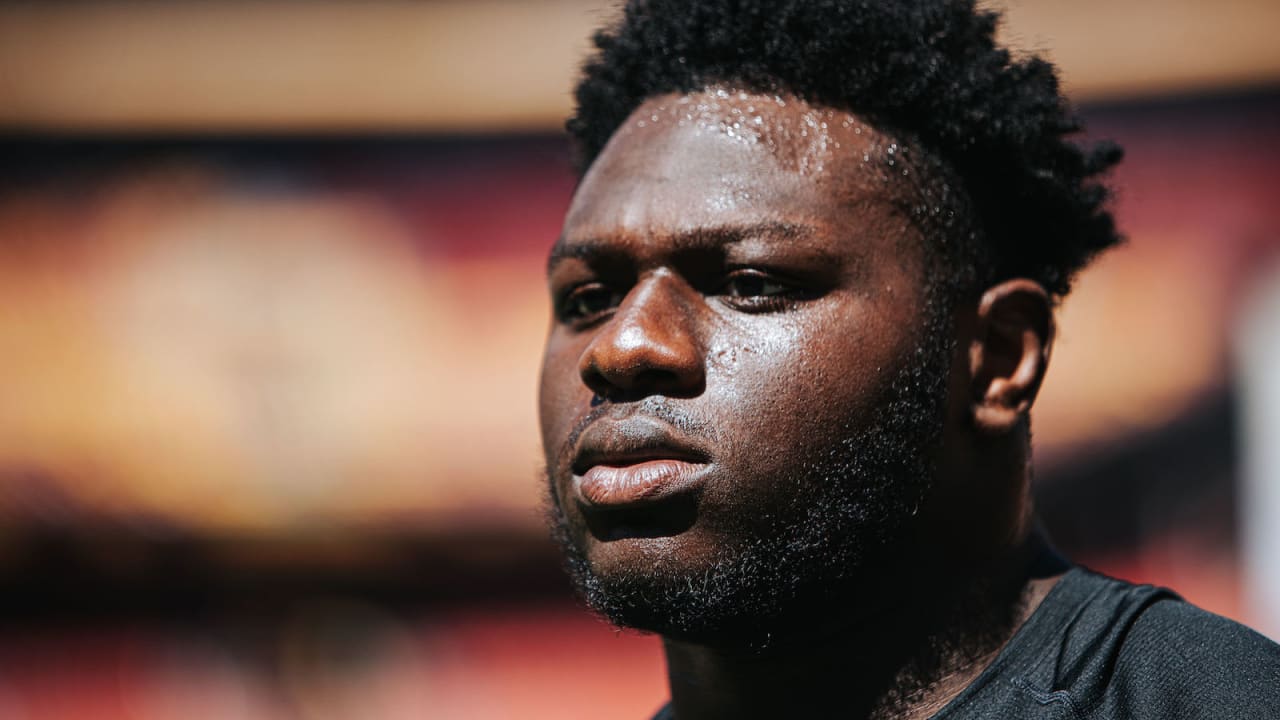 LANDOVER, Md. — Ikem Ekwonu will take it for a first appearance. He is learning, so every day is a chance to improve.

The Panthers’ first-round draft pick didn’t start Saturday against the Commanders, but he did play his first NFL preseason game, coming in at left tackle in the second series with quarterback Sam Darnold, and playing in the second quarter.

“It was awesome,” Ewkonu said. “It’s really an opportunity to learn and apply what I’ve learned in training. It felt really good to be out there for the first time in that Carolina Panther blue.”

He laughed as he said that last part, because the NC State product knows what will happen to his phone if he hints at another shade of blue in his home country. It’s one of the things he picked up in a hurry, along with trying to balance the increased technical demands of his job with the physical skills the Panthers saw when they drafted him sixth in the General classification.

“I feel like I’ve made a lot of progress, certainly in terms of my pass protection,” Ewkonu said of his rookie camp. “But really just technique in all areas, running and passing, making sure I have the right technique, learning as much as I can from the veterans about the inner nuances of playing in the league. I really feel like to have learned a plot.

“Right now my physicality is the biggest part of my game, but technique is definitely going up there. I can’t put a percentage on that, but I know I’m improving every day.”

Velveeta is making a comeback