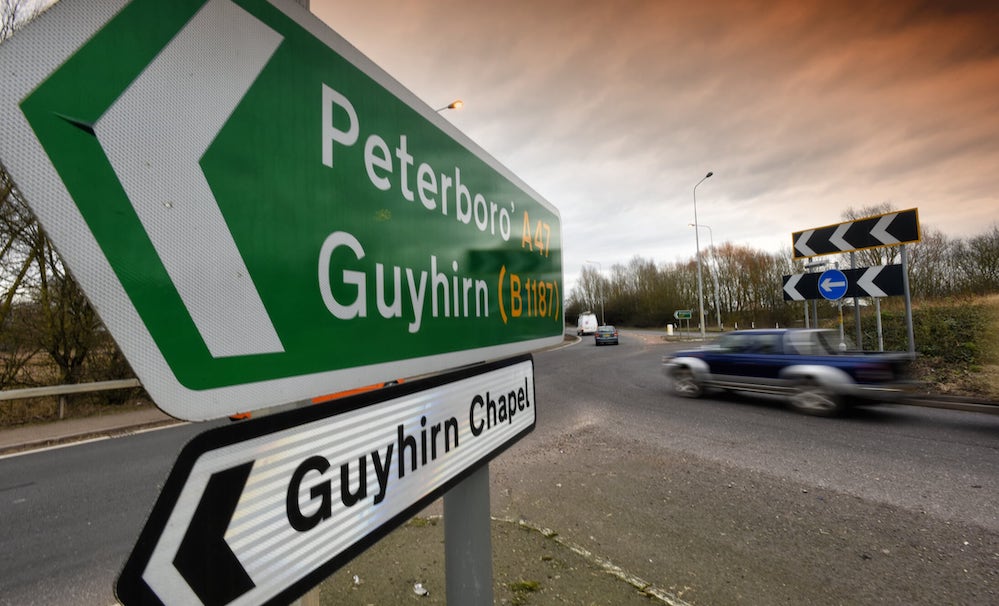 Highways England starts making improvements to the A47

Work to provide essential upgrades to the A47 in the east of England has started.

Last Friday (May 7), North East Cambridgeshire MP Stephen Barclay visited the site of the improvements in Guyhirn to see how work was progressing on the £ 14million roundabout upgrade, which will take about a year.

Highways England is improving the A47 at six locations between Peterborough and Great Yarmouth as part of a £ 450million investment, with work on the Guyhirn roundabout in Cambridgeshire starting in February.

“With over 20,000 vehicles using the Guyhirn Roundabout every day, this investment will make a significant difference to residents of Fenland and East Cambridgeshire, and comes at a crucial time as we rebuild better after the Covid pandemic . “

“Guyhirn is the first in a series of six projects that we are carrying out on the 115 mile stretch of the A47 between Peterborough and Great Yarmouth. Together, these projects will convert nearly eight miles of single carriageway into a two-lane motorway and improve major junctions along the A47 road by the end of 2024.

“We will be passing the A47 from North Tuddenham to Easton, and from Blofield to North Burlingham. And we’re going to change the junctions at Thickthorn and Great Yarmouth, as well as this one here in Guyhirn. All in all, this is an investment of over £ 450million on the A47 that will ease traffic jams and make journey times more reliable for drivers. “

Up to 20% of the 20,000 vehicles that use the roundabout daily are trucks. This improvement program will reduce congestion, making journeys safer and smoother for drivers.

“We started work in Guyhirn in February 2021 and main construction started in April. Guyhirn is a key junction on the A47 that connects people and businesses in Cambridgeshire and Norfolk to Kings Lynn and the A1 (M).

“This section of road connects communities and services in this rural area. Unfortunately, the roundabout currently has high levels of congestion during rush hour, due to lack of track space and poor visibility for drivers approaching the roundabout. Our changes aim to reduce this congestion, improve travel times and increase safety. “

Upgrades at Guyhirn will see the roundabout transition to two lanes on all approaches, as well as an additional lane over the Nene River Bridge. There will be two new pedestrian crossings, connected by an improved route. Bridge maintenance will be performed at the same time to minimize road closures.

Deforestation has been completed at the roundabout, the felled trees have been chipped and with the new tree planting they will be used to facilitate natural habitats on the site. Cut logs were made available to residents. Cambridgeshire is already benefiting from the economic boom of the program, with a company from Wisbech playing a leading role in this early construction.

Changes to the road layout were made during these early stages to reduce disruption during road works. There are a series of planned closures, throughout the night, with clearly marked detour routes in place, to minimize disruption.

This proposal is one of six projects being carried out by Highways England to improve the A47. Three sections of the 115 mile stretch of the A47 between Peterborough and Great Yarmouth will be converted into two lanes. The Norfolk sections will be upgraded between Blofield and North Burlingham and from North Tuddenham to Easton, while in Peterborough the A47 between Wansford and Sutton will also be doubled. There will be further improvements at the intersections at the A11 Thickthorn roundabout for Norwich and at the Great Yarmouth intersections.

Preferred options for two-lane roads were announced in August 2017, with statutory consultations held last year. Now Highways England is submitting its plans to the Planning Inspectorate, with Tuddenham’s proposals to Easton submitted last month, with more to follow soon.

The Planning Inspectorate’s review process will give people the opportunity to comment on the proposals in writing as well as the opportunity to participate in hearings. At the end of this review, the Urban Planning Inspectorate will make a recommendation to the Secretary of State for Transport, who will decide whether these projects can go ahead with construction. If the request is approved, work is expected to begin in March 2023.

Further information on the Development Consent Order process is available on the Planning Inspectorate website at www.infrastructure.planninginspectorate.gov.uk/