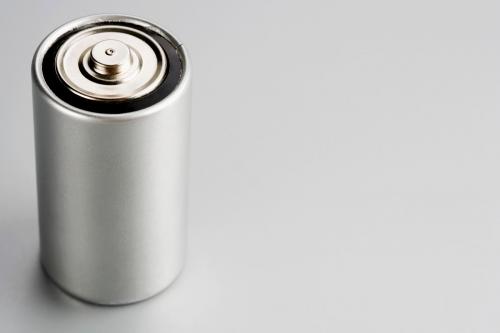 In a complaint effective April 12, 2022, the Federal Trade Commission (FTC) filed its first action under the new Made in USA Labeling Rule (the rule) against Lithionics Battery LLC (Lithionics) and its owner, Steven Tartaglia, for falsely advertising that Lithionics lithium-ion batteries were manufactured in the United States.

According to the FTC complaint, from at least 2018 until at least August 30, 2021, Lithionics advertised that its lithium-ion batteries were made in the United States by labeling its products “Proudly Designed and Built in USA” alongside it. of an image of the American flag. The company repeated similar claims on its social media pages and on its website, where the “Made in USA” link stated that the “company’s battery systems are designed and manufactured in Clearwater, Florida, USA. United…”. In addition, the company’s marketing materials included a *chart that emphasized “the advantage[s]’of Lithionics’ battery systems versus imported competing products’, when in fact all of Lithionics’ batteries included foreign sourced lithium-ion cells and ‘other important imported components’.

The rule, which went into effect August 13, 2021, codifies the FTC’s long-established principle United States Origin Claims Law Enforcement Policy Statement. It prohibits companies from labeling products as “Made in USA” (MUSA) unless: (1) “final assembly or processing of the product takes place in the United States”; (2) “all significant processing that goes into the product takes place in the United States”; and (3) “all or substantially all of the ingredients or components of the product are manufactured and sourced in the United States”. While the rule does not impose new responsibilities on companies, it does authorize the FTC to issue rules regarding MUSA labeling and to seek civil penalties for violations of the rule’s provisions. It also adds a new partial or full exemption for companies that can demonstrate that “the application of the requirements of the rule to a particular product or category of products is not necessary to prevent the acts or practices to which the rule relates. report”.

Under the proposal stipulated orderLithionics and its owner should pay a civil penalty of $105,319.56, which a FTC press release explains amounts to three times the profits of Lithionics from its illegal activities. The company is required to inform affected consumers that the batteries they purchased were in fact not manufactured in the United States and cannot claim, either expressly or by implication, that its products are MUSA unless it can prove that these products meet the three requirements of the rule for such claims. . In the case of partial MUSA claims, the company must ensure that a clear and conspicuous qualification “appears immediately next to the representation which indicates precisely the extent to which the product contains foreign parts, ingredients or components and /or transformation”. For “Assembled in USA” claims, the company would need proof that “the product was last substantially transformed in the United States, primary assembly of the product occurs in the United States.” United States and the assembly operations in the United States are substantial.”

Although the case against Lithionics and its owner is the first since the FTC finalized the rule, the bans under the proposed stipulated order are similar to those imposed under orders the Commission had previously issued to d other companies for misrepresentation MUSA (see, for example, the FTC Decision and Order in Sandpiper of California, Inc. and Pipergear USA, Inc.). Where this stipulated order differs is in the civil penalty. Over the past six months, the Commission has revived and expanded its criminal offenses authority under Section 5(m)(1)(B) of the FTC Act to support settlement amounts . Under the Penalty Offense Authority, companies could face civil penalties of up to $46,517 per violation. Although the proposed penalty in this case is far less than the millions that have been imposed on other companies for false or misleading marketing claims, this enforcement action demonstrates the FTC’s continued commitment to cracking down on false MUSA claims. Businesses should be aware that the FTC can and will enforce against false MUSA claims, and penalties can be significant.

All the documents in the file are available here (* Exhibit D with the table mentioned above has been omitted).