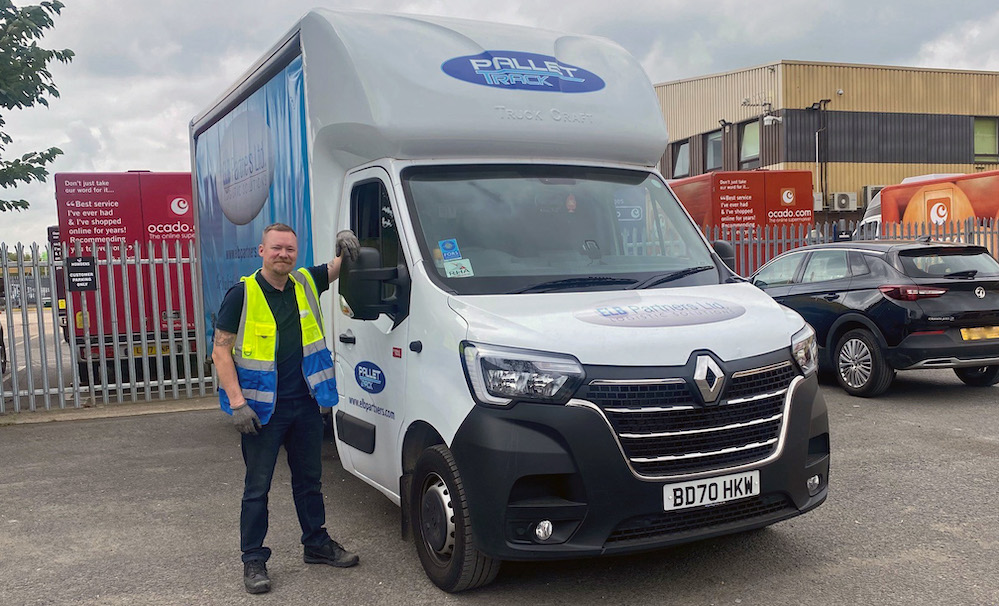 An experienced former tour guide has become ELB Partners’ first intern under their new Driver Learning Program, an initiative to reduce the crippling driver shortage in the UK.

The Wimbledon-based company, which has achieved FORS Gold accreditation for the seventh time this year, is putting Philip Bennett, 45, in its 12-month program in response to the driver crisis, which has contributed to shortages of vital raw materials and empty supermarket shelves.

ELB, which is part of the Pallet-Track network, joins with another network member, Translink Express Logistics, to fund its own program to support drivers like Philip in his training as a Class 1 and 2 heavy truck driver and his CPC over the next 12 months.

Philip, who lost his job when Covid-19 shut down the tour guide business, said: “I’ve always enjoyed driving and working out physically. I really appreciate the variety of pickup truck deliveries in central London, an area I know well from my coach driving days.

“I’ve always wanted to drive bigger trucks and it’s great that a company like ELB is now giving me the necessary training. You never stop learning and that will be another string in my bow, besides providing me with greater experience, ”added Philip, who has driven all passenger vehicles from vintage buses to buses to modern imperialism over a 25-year career.

Dan Philpot, Commercial Director of ELB, said: “The situation has become very serious for many companies, which is why we have decided to invest in our own apprenticeship program.

“For companies like ours with a lot of hard work, if we can train Class 1 and 2 drivers and get them through their CPC, we can encourage more people like Philip on a new career path that will help boost business. industry, as well as small to medium-sized transport companies like ours.

According to the RHA, the national driver deficit is between 70,000 and 100,000. In response, the government unveiled an industry consultation aimed at speeding up recruitment.

Caroline Green, CEO of Pallet-Track, who has called on all 87 network members to pressure their MPs over the driver shortage, said: “The government’s announcement in June to speed up heavyweight testing is good news.

“However, with an estimated shortage of truck drivers of up to 100,000 and an average driver age of 55 linked to a high level of annual retirements, even if we could attract enough trainee drivers, we would need to still plenty of time to remedy the shortage.

“While we need to support long-term actions like this, we need short-term solutions now – the whole nation is realizing the impact of our driver crisis.

“We need HGV drivers to be added to the list of shortage occupations so that we can try to attract drivers from the EU, and adding a seasonal or periodic visa regime would also help. .

“These actions would act as band-aids as we develop the robust mid- and long-term solutions we need to attract, train and retain drivers.”

UP to implement the SIRF to classify technical institutions