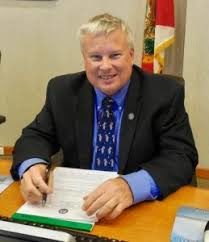 During the current series of Citizens’ Academy sessions, participants are increasingly aware of the fiscal challenges of City operations. Several discussions revolved around the need to develop alternative sources of revenue for the City. Some interesting ideas were proposed.

A potential source of income is linked to the community’s passion for trees. Land conservation and tree preservation is a spirited endeavor. To capitalize on the desire to maintain strong tree cover, perhaps trees should be taxed – lots of trees, lots of income. Perhaps a simple $100 tax per tree (of an appropriate minimum size) on each private plot. Revenues generated may, in turn, be limited to other conservation and land preservation purposes.

If the use of such a “tax” is not permitted by state law due to (increasing) domestic regime restrictions, the tree tax could be renamed “tree tax”. Unlike taxes, fees are considered voluntary. The tree levy could be made “voluntary” by offering landowners, from the date the levy is enacted, a one-year grace period to remove all trees from their property without restriction or permit. This provision would allow owners to reduce the royalty to an acceptable level: if an owner wished not to pay a royalty, it would suffice to clear the property; if the owner wants a wooded plot, the owner can leave the plot unscathed and pay the fee accordingly.

If the fee were set at $100 for each tree, the fee would generate $100,000 for every 1,000 trees retained. With the number of trees inside the city limits, the total income would likely be around $1,000,000. For consistency across the island, I have also shared this concept with Nassau County officials.

Contrary to the strong desire for trees, it is becoming increasingly clear that residents of the island are unhappy with the increase in traffic, especially in the downtown area, where the demand for convenient parking continues to grow. . Another potential source of revenue (which has been implemented in several major cities) is a congestion charge (again, voluntary, not a tax).

Downtown congestion charges would be charged per vehicle. If a vehicle owner wishes to drive downtown, the vehicle being driven will need to display a previously purchased sign on the passenger’s windshield. Without such a visible plate, the driver/vehicle would be subject to a significant fine in the congestion zone.

The defined congestion zone could be limited to what is traditionally considered downtown (Front Street to 8and Street, Ash Street to Alachua Street, as well as the waterfront parking lots). Since the ultimate intention is to reduce or even eliminate vehicular traffic downtown (which would provide another “green” benefit of eliminating emissions in a typically dense pedestrian environment), congestion charges would be substantial: $500 per year per vehicle and a $1,000 fine for driving a vehicle in the congestion zone without a plate. Fees and fines for out-of-state vehicles would be double. Congestion charges could solve a myriad of challenges: too much traffic, limited parking and additional revenue. If successful downtown, the designated congestion zone could be extended (imagine the introduction of a congestion charge around schools!).

A third potential revenue stream is still somewhat in the development phase. Facebook has become, to the delight of some and the chagrin of others, very popular. It has been speculated that due to this popularity, Facebook, in the process of being rebranded as “Meta”, will shift from an advertiser-based platform (revenue generated by “clicks” on advertisements for products and services) to a subscription-based platform.

Several media sources have speculated that when this subscription model is implemented, Facebook users will need to link a credit or debit card or bank account to their Facebook account. Facebook users will then be charged a nominal fee for each post on the social media platform (tripled if the information posted can be shown to be false or untrue). Partly associated with Facebook’s corporate philosophy of influencing government activity and pursuing policy initiatives, local governments will receive a portion of the revenue generated from Facebook posting fees. The social media subscription model is currently under review by the Department of Commerce, but approval and implementation is expected by the start of the next calendar year. This program could be very lucrative for the City (and governments across the country).

Welcome to April. Have a good week-end.