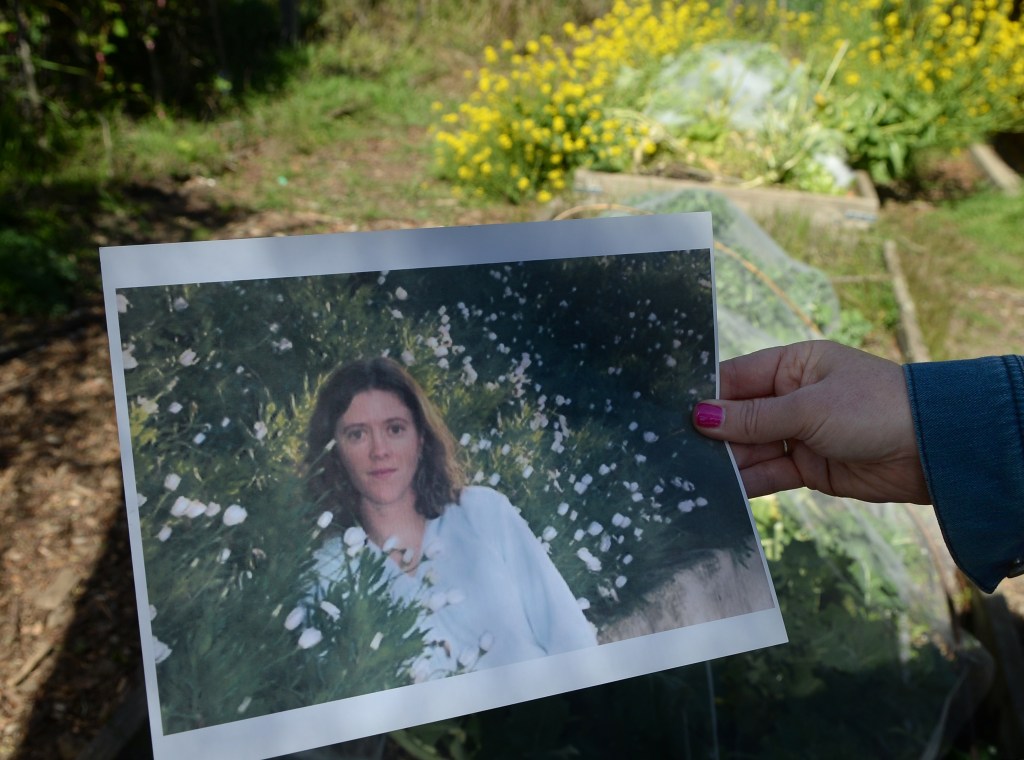 Closure of the Marinwood Memorial Foundation after 15 years

For Rylie Powell and Aashna Selvaraj, the garden at Miller Creek Middle School is an outdoor oasis of peace and joy.

“It’s really fun to be in nature, plant seeds and do art projects,” said Rylie, a seventh-grader and member of the school’s gardening club. His fellow club member agreed.

“It’s really peaceful,” said eighth-grader Aashna. “I love nature. I love how we all do our part to help the Earth.

Their enjoyment of being in the garden is exactly what the family and friends of the late Kelly Case Moulton had in mind when they established Kelly’s Wishes Foundation 15 years ago. Case Moulton died of ovarian cancer in 2007 aged 31. The foundation, which has since raised more than $170,000 in community donations over the past decade and a half, will cease operations this year.

“We are so honored and humbled by the generosity you have shown over the past 15 years,” Case family members wrote in a community announcement about the closure on the foundation’s website, kelly’swishesfoundation.org. “KWF has been such an important part of our healing process as a family and has deepened our bond with this community. »

The Case family said it was time to close the foundation as it both paid meaningful tribute to Case Moulton’s life and helped ease their own grief and loss.

“Our healing has really been about honoring Kelly by doing things that were important to her growing up in Marinwood,” her parents Cameron and Pam Case said in a joint email. “Education, environmental protection, a healthy lifestyle and helping others.”

“Literally, hundreds of students have been able to participate in environmental education activities at the Miller Creek Middle School Garden and Mary Silveira School Pond and both continue to be beautiful spaces for outdoor classroom where teachers can take their classes to read, write poetry and participate in outdoor science activities,” Superintendent Becky Rosales said in an email.

“Benefits from this foundation have done exactly what they set out to do in Kelly’s honor and his legacy of enthusiasm for teaching and learning will live on as the garden and pond programs continue to thrive. thrive on our campuses,” she said.

In addition to the big projects, there were many smaller ones.

“A lot of donations of $1,000 or $2,000 have gone to a whole host of different things, like a picnic table or a greenhouse,” said Case Moulton’s sister, Meghan Case, director of marketing and communications for the YMCAs of San Francisco. “We helped a lot of people in the community who had medical needs.”

She said all remaining funds from the foundation will go towards her latest project, the renovation of the outdoor play structure at Marinwood Park.

The foundation raises approximately $10,000 to $12,000 annually, primarily through the annual Kelly’s Walk fundraiser. Dozens of families came to the event on the Tennessee Valley Trail in Mill Valley or Blackie’s Pasture in Tiburon. The march was held on the last Sunday in April to coincide with Case Moulton’s birthday on April 30.

“What I really love is that it really reflects who Kelly was,” he said. “She was all about her community and all about other people.”

“Everyone loses someone – it’s part of life,” he said. “In our case, it was something special, in that we were able to turn it into a positive.”

Meghan Case said she and her siblings grew up in Marinwood and attended neighborhood schools and Terra Linda High School.

“We were all swimmers,” she said.

She moved back to San Diego and worked as a middle school teacher for about 10 years. She met her future husband Ryan Moulton on a ski trip organized by the YMCA.

Case Moulton was diagnosed with ovarian cancer in January 2007. She died on September 24, 2007.

After his death, the family did not know what to do with the deluge of money and donations from the community. Rather than use the money for vacations or other family needs, the Cases decided to form the foundation.

“The only way we felt like we could thank people was to create something in her name to give back,” Meghan Case said.

Barbara Snekkevik, principal of the Nicasio school, said she grew up with the Case siblings. She and her husband John remained close to the family, she said.

“I have fond memories of Kelly – he was a very caring, caring, kind person,” Snekkevik said. “Kelly’s Wishes has been a wonderful organization dedicated to honoring Kelly’s spirit with the things she loved most.”