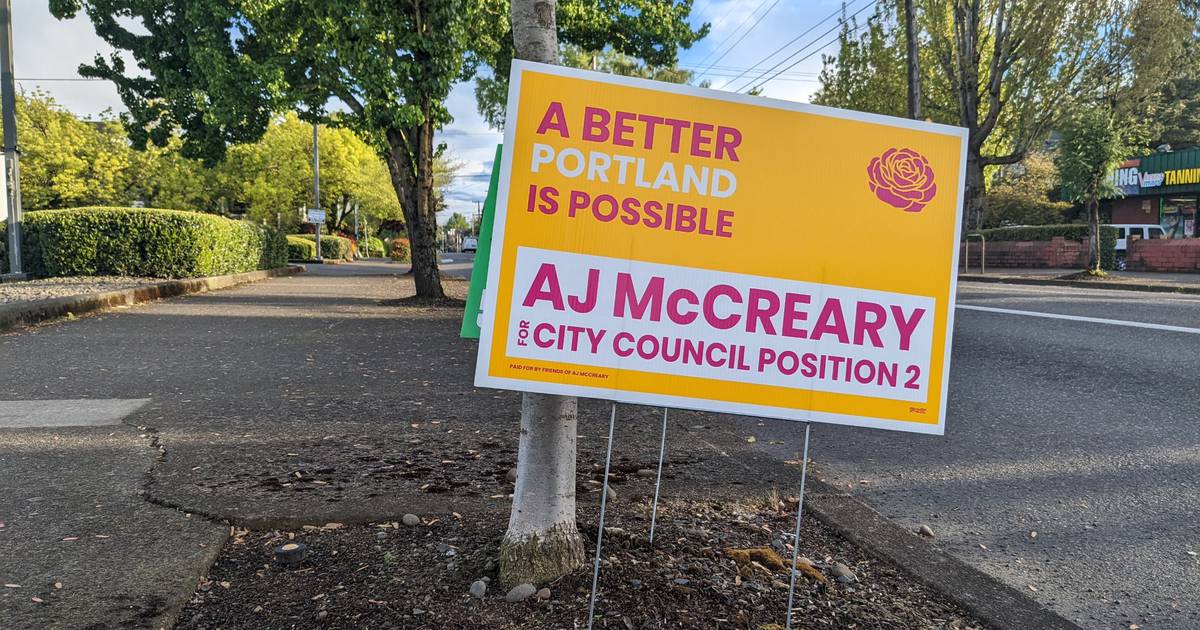 AJ McCreary, candidate for city council against incumbent commissioner Dan Ryan, paid his 15-year-old son $3,200 in campaign funds on May 4 for ‘management services’, according to a filing with the secretary of state. from Oregon.

McCreary, a first-time candidate who heads the Equitable Giving Circle, a Portland nonprofit, participates in the city’s small-donor election program, which was designed to raise big money from races from the city. Using taxpayers’ money, the city matches donations from qualified candidates at a 6-to-1 ratio, which means a $10 contribution turns into a $70 contribution. Individual contributions are capped at $250.

Candidates who pay relatives for services are not prohibited by Oregon’s campaign finance law. But a candidate who pays for her child, and especially one who is 15, raises questions about the proper use of taxpayers’ money.

McCreary’s campaign has so far raised $132,000 (including $93,816 in city matching funds) and spent $122,000. She runs on a platform to end all homeless camp sweeps and redirect Portland Police Bureau dollars to non-policing alternatives. She is Ryan’s main challenger.

LaQuisha Minnieweather, McCreary’s new campaign manager, said WW on the phone this afternoon that McCreary’s son is a paid campaign staffer. “AJ really cares about paying people for the work they do, and his son is no exception to that,” Minnieweather said. McCreary also denied any wrongdoing.

This is not the first time that a mayoral candidate has paid for her child. In 2006, City Council candidate Emilie Boyles single-handedly discredited Portland’s first foray into state-funded elections. Among his crimes: paying his 16-year-old daughter $15,000 for Internet marketing.