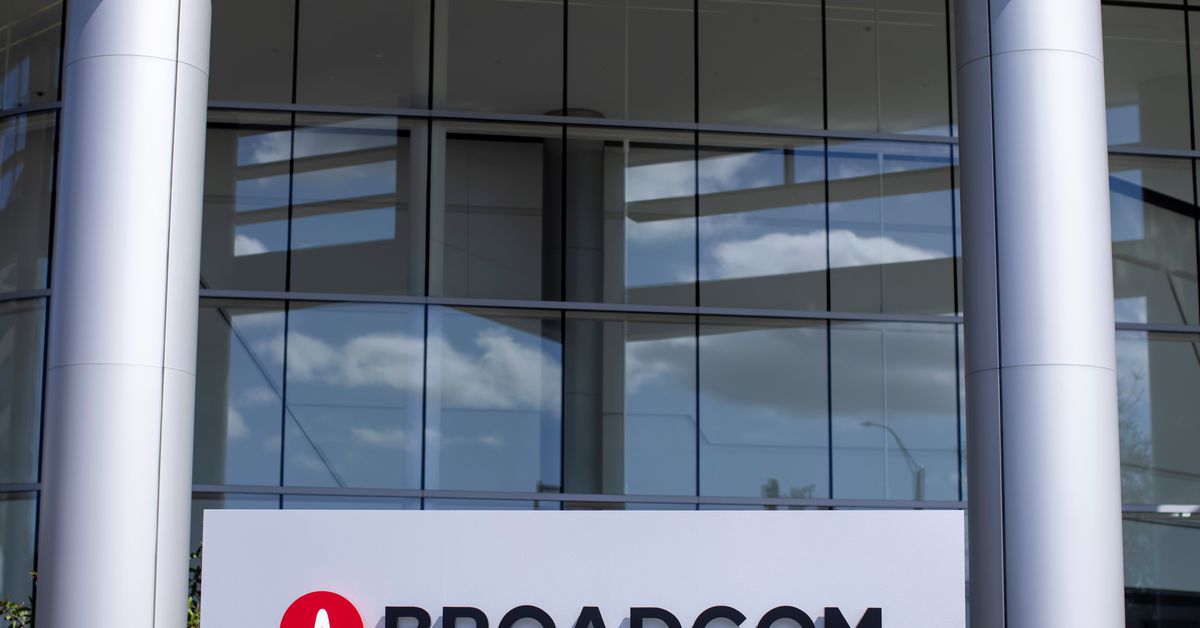 The Broadcom Limited company logo is displayed outside one of their office complexes in Irvine, California, U.S., March 4, 2021. REUTERS/Mike Blake

“Business spending is on fire…and we’re seeing a lot of it,” Broadcom chief executive Hock Tan told analysts on a conference call. He said the sector had recovered strongly from a “bottom” in the first quarter of last year.

Broadcom is forecasting revenue of about $7.9 billion in the current quarter, versus an average analyst estimate of $7.43 billion, according to IBES data from Refinitiv.

Shares of the San Jose, Calif.-based company rose about 2% in extended trading. So far this year, they are down about 12% amid a rout in tech stocks.

Broadcom Chief Financial Officer Kirsten Spears told analysts the company’s hardware had an order backlog of more than $25 billion at the end of the quarter, up from $22 billion in the previous quarter.

Broadcom, which counts Apple Inc (AAPL.O) among its top customers, is also set to benefit from the global rollout of 5G wireless technology, which is expected to boost demand for its chips used in handsets, telecom equipment and other devices.

“We believe that most of Broadcom’s end markets and core customer demand remain healthy in the near term,” said Kinngai Chan, analyst at Summit Insights Group.

“Our checks, however, indicate double ordering by its customers and expect demand to start normalizing in 2H22 as supply improves.”

Adjusted revenue for the quarter ended Jan. 30 was $7.71 billion, up 16% year-on-year and slightly above Wall Street expectations of $7.60 billion.

Excluding items, the company earned $8.39 per share, beating estimates of $8.08.

Reporting by Chavi Mehta in Bengaluru and Jane Lanhee Lee in Oakland, California. Editing by Jonathan Oatis and Matthew Lewis